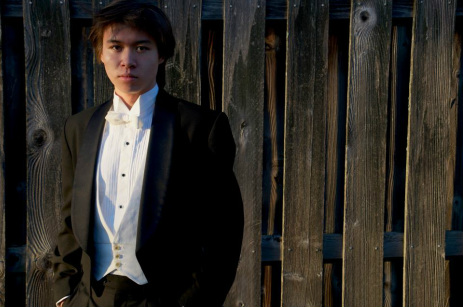 Nathaniel Mo is a student of Dr. Dror Biran at the University of Louisville School of Music, majoring in piano performance.

From January 2002 through August 2012, Nathaniel studied with Dr. Janet Bass Smith in his hometown of Bowling Green, Kentucky.  He has also participated, with a merit scholarship, in Indiana University's summer Piano Academy in 2006, 2007, and 2008, and attended the Kentucky Governor's School for the Arts program in 2011.

Together with his brother Gabriel, he won second place at the 2010 MTNA national senior duet competition.  (See www.the-mos.com for info on their duet experience.)
c. 2013 - 2016 Nathaniel Mo / All rights reserved